Where Medicine, Ethics and Spirituality Converge

At first glance, Western humanism, Japanese Buddhism and modern science have so little in common that the very idea of seeking common ground through dialogue seems overly idealistic. Only a man the calibre of daisaku ikeda could bring such a project to fruition.

Firmly setting aside cliché and facile answers, he broaches the grand questions that face today's society: cancer, aids, death with dignity, in vitro fertilization, biomedical ethics… The responses offered by rené simard, molecular biologist and geneticist, and guy bourgeault, bioethicist, are insight-ful and compelling. Their discussions cut through linguistic and cultural barriers to present a vision of the potential -- an the inherent challenges -- of being human.

Daisaku Ikeda is the President of the Soka Gakkai International, a worldwide organization based on the Buddhism of Nichiren Daishonin and widely known for its promotion of peace, culture and education. He has published dialogues with several notable figures, including Arnold Toynbee and René Huyghe.

René Simard, is a well-known authority on cancer research. He was rector of the Université de Montréal from 1993 to 1998.

Guy Bourgeault is a professor at the Université de Montréal, where he directs research on bioethics and education. 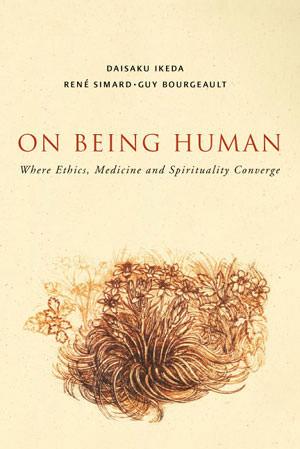